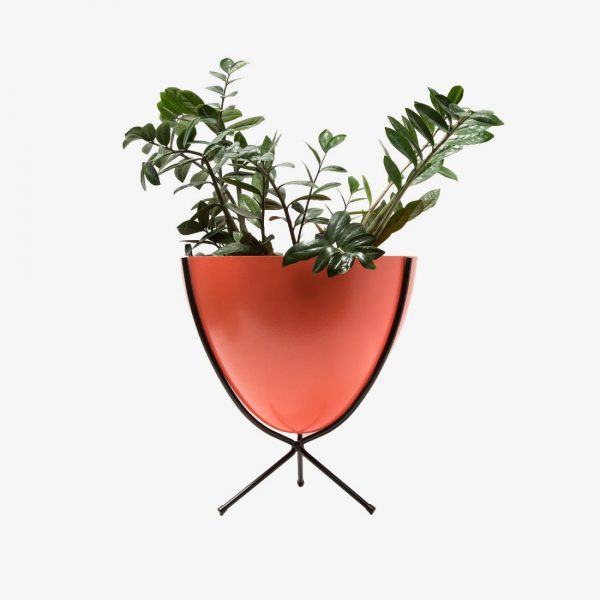 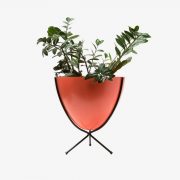 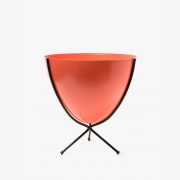 Open-framed reclining chairs, made of wicker or tubular steel were light enough to be easily moved around from the terrace back into the living room, and their open forms permitted spatial continuity and paintings covering the walls.

The interior’s dominant features were the link the architect created between the inside and the outside and his desire to make the building’s internal walls thin and movable such that they would not inhibit the interior’s open plan. Sliding canvas doors opened from the studios on to patios to create an inside/outside spatial continuum, reinforced by the presence of roof canopies over the patios.

The gentle curves on the back of the dining room chairs were repeated as motifs on the glass doors of fitted cupboards in the same room, while metal candelabras and a porcelain dinner service featured the same forms, in three dimensions in the case of the former, and in two dimensions in the latter. Behrens proudly proclaimed that his house was a combination of practical utility and abstract beauty.

The effect of that unity was achieved through the architect’s repeated use of geometrical motifs on the windows, the walls, the floors and the surfaces of furniture pieces all of which were created especially for the rooms of the house. The space he created featured arches, the forms of which were repeated in stencilled patterns on the walls and in the arms of the chairs he positioned within the space.

Be the first to review “Reddish Three” Cancel reply